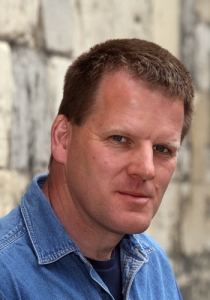 Available to come to book groups?  Yes
Available to give talks?   Yes
Available for school visits? Yes – Primary and Secondary
About Me
Miles Salter is a York-based writer, musician and storyteller. Miles has written three books. These are a novel for teenagers, A Song For Nicky Moon (shortlisted for The Times / Chicken House children’s writing award 2010), and two poetry collections: The Border (Valley Press, 2011) and Animals (Valley Press 2013). His poems have appeared in a wide variety of UK-based journals. His journalism has featured in The Guardian, Independent, Northern Echo, York Press and he is a regular contributor to BBC Radio York.

Since 2009, Miles has given talks and performances at schools, libraries and festivals throughout the UK. He is currently writing a children’s book and is represented by Laura West at David Higham Associates in London.  Miles has performed at a number of arts festivals in the UK. His solo shows mixes poetry and acoustic songs in a stirring blend of words and music. His storytelling performances for children and families use props, music and puppets and rely on audience participation.

Miles originally came to York as a student at York St John University, where he studied English Literature and Drama in the 1990s. He returned to the University for an M.A. in Creative Writing in 2011. He is a visiting lecturer in creative writing at Leeds Trinity University and has been Director of York Literature Festival since 2007. Miles says of York, ‘I’m always impressed by the number of talented people who live here. For a small city we have some fantastic writers, journalists, actors, poets, musicians and comedians. It’s a great place for creativity.’

One thought on “Miles Salter”