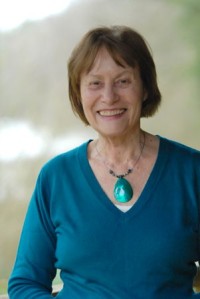 Available to come to book groups?  Yes
Available to give talks?  Yes
Available for school visits?  No
About Me
I am the author of five published novels, two under my own name and three as PJ Quinn. Ten collections of my poetry have been published, including Walking to Snailbeach: Selected and New poems, and the most recent, “Dancing through wood and Time”, in which some of my poems are set to music by the York composer, Martin Scheuregger. I am a member of the Pennine Poets group, and editor of Fighting Cock Press. My poems, short stories and articles have appeared in many anthologies and journals, and been broadcast on radio.

PJ Quinn is a collaboration with my daughter Jo Summers. Jo challenged me to write a crime novel and, somehow, ended up writing it with me. The result is a series of detective novels, featuring DI Ambrose and his colleagues DS Sam Winters and WPC Pauline Meadows. They are set in Chalk Heath, an imaginary town growing fast in the 1950s, a period of great change that seems like an era ago. The first novel, Foul Play: a DI Ambrose Mystery, was published in 2011 by Stairwell Books. Poison Pen was published in October 2012 followed by Close Disharmony in 2014.

Born in Birmingham, I moved to York in 2002 via Nottingham, Australia, Essex, Berkshire and Leeds. After working in Adult and Continuing Education and for the Open University, I became a voluntary resource co-ordinator with Leeds Social Services. A ‘New Beginnings Award’ from Yorkshire Arts enabled me to give up the ‘day job’.

I am now a freelance writer and editor. I have featured at the Literature Festivals at York, Malton, Saltaire and Ilkley. In the York area, I perform regularly with the Spoken Word and Exhibitionists groups. I have also founded a number of writing groups in York.

As a performance poet I have appeared at venues such as the West Yorkshire Playhouse and the National Centre for Early Music. I judge short story and poetry competitions, and lead creative writing groups. In the past I have facilitated groups in schools, colleges, libraries and community halls, sheltered housing and day centres, and with writers with mental health and disability needs.

Until Mabel Ferrett’s death, I was her partner in Fighting Cock Press. Specialising in high quality poetry and short prose from the North of England, the Press received two Arts Council awards. I am now sole Editor. See: www.fightingcockpress.co.uk

Border 7
Stairwell Books 2015, Paperback
Genre: Young Adult
Set in York? Partly
Description: An overcrowded planet; dwindling resources; dominant corporations controlling food, medicine and work; those on the outside scrabbling to survive. Border 7 captures a world not too far away. Jude is a member of The Corporation’s security force, but can she trust her colleagues? Can those outside the Refuges trust her?
Reviews: ‘This is a novel of ideas …driven not by exposition but by plot and character…a story which has both pace and complexity. Kirk’s plot begins with a daring rescue, enmeshes us in espionage and political scheming and leaves us tied to her heroine and her fate.’ Alan Smith, occasional Guardian columnist and author of Her Majesty’s Philosophers, Waterside Press

‘A thought provoking and thrilling future dystopia.
England, 150 years in the future, and Jude is preparing for life with the man she is supposed to
bond with. The sky scraper refuge is home, and she is a valued, obedient worker, until the day her
well-organised existence is shaken. Sent on a secret mission deep into the heart of the
Corporation, to report on possible corruption, her loyalties are put to the test.
This is a compelling page turner, with all the subterfuge of a spy novel. As with all good dystopia
novels, ethical questions are raised, in this case, the question: what is the value of human life, and
are any lives expendable? It is a chilling account of the power of propaganda, as Jude’s courage
and humanity are tested. The world inside the refuges demands conformity and living your
designated role; outside is an unenviable place.
Jude is a strong main character, relatable and with plausible motivations that carry the twists and
turns of the novel with ease. Her personal journey was one I felt greatly invested in, rooting for
her each step of the way and wanting to know more about the choices she faced. The futuristic
setting is highly imaginative, yet so richly described that it felt familiar. A compelling read and
one I would highly recommend.’ Suzie Williamson, GoodReads

Pauline Kirk writing as PJ Quinn (with Jo Summers)Close Disharmony: a DI Ambrose MysteryStairwell Books, 2014, PaperbackGenre: Crime Set in York? NoDescription: When a famous close harmony choir visits Chalk Heath, tensions are rife.
DI Ambrose feels a sense of foreboding. Does the choir include a murderer, or is the death of one of their singers connected to recent thefts? The third in the successful DI Ambrose series set in the 1950’s.
Reviews: ‘A cracking opening scene, abundant characterisation and narrative tension from start to finish… Crime has a new hero on the block.’ The Law Society Gazette
Find out more and buy from: Author’s website l Amazon l Publisher’s website

Pauline Kirk writing as PJ Quinn (with Jo Summers)
Poison Pen: a DI Ambrose Mystery
Stairwell Books 2012
Genre: Crime
Set in York? No
Description: It is 1959. Illness and death strike a group in a gracious but decaying old Hall. Is there a poisoner among the aspiring artists and writers? And why is DI Ambrose a suspect? He needs the help of his colleagues DS Sam Winters and WPC Meadows to clear his name.
Reviews: ‘One of Yorkshire’s most hotly-tipped crime-writing names.’ The Yorkshire Evening Post
‘Crisp writing and a strong sense of people, place and atmosphere make this book both a class act and a gripping read.’ Mary Sheepshanks, novelist and poet (Mary Nickson)
Awards: Entered for the Crime Writers’ Association Historical Dagger Award.
Find out more and buy from:  Author’s website l  Amazon l  Publisher’s website

Pauline Kirk writing as PJ Quinn (with Jo Summers)
Foul Play: a DI Ambrose Mystery
Stairwell Books, 2011; second edition as e-book, 2012.
Genre: Crime
Set in York? No
Description: It’s 1958. The leading lady in an amateur theatre group is attacked. Was it an outsider or another actor? DI Ambrose investigates with his colleagues, DS Winters and the feisty WPC Meadows, exposing the group’s jealousies. Ambrose must also cope with his wartime memories and a wayward son.
Reviews: ‘I loved it. Foul Play is deeply informed by a knowledge of legal practice and a keen grasp of human nature.’ Teresa Peacocke, Member of the New York and London Bar
‘A classic sleuth novel.’ The Press (York)
Find out more and buy from: Author’s website l  Amazon l  Publisher’s website

Pauline Kirk
The Keepers
Virago/Litltle Brown 1996 and 1997; Stairwell Books 2013 (e-book)
Genre:  Futuristic Thriller
Set in York? Partly
Description: The Keepers conjures up a twenty-second century England fragmented by civil war. Peace and happiness are enforced at any cost. Esther is a member of a secret network of Dissidents who risk all to break free, but to rebel is the ultimate crime. Can she survive and win freedom?
Reviews:  ‘A highly observant writer. Her characters have a life of their own… plenty of unease and all the tension of a Cold War spy thriller.’ Starburst
‘Building up to a searing climax, this is an unputdownable novel about power and betrayal and a passion for freedom which ultimately transcends both.’ Virago
Find out more and buy from: Author’s website l Amazon [ebook coming out this year] l Publisher’s website

Pauline Kirk
Envying the Wild
Fighting Cock Press, 2008
Genre: Poetry
Set in York? Partly
Description: Envying the Wild was the last collection edited by Mabel Ferrett. Illustrated by the author, the poems are set in the north of England and have been performed at many venues and festivals over recent years. They have also been broadcast and published in a wide range of journals.
Reviews: ‘Pauline Kirk’s poems pin down all of our sadnesses and celebrations in their quiet scrutiny of the natural world.’ Antony Dunn
‘Pauline Kirk’s poetry made me stop and think; it touched me deeply and brought my emotions to the surface again and again.’  Alan J Carter. ‘Quantum Leap’
Find out more and buy from: Author’s website l Amazon l Publisher’s website

Pauline Kirk
Walking to Snailbeach: Selected and New Poems
Redbeck Press, 2004
Set in York? Partly
Description: Walking to Snailbeach includes many uncollected poems, and a selection of some of Pauline Kirk’s best known work, which has appeared in a wide range of British and overseas publications. Many of these poems have been performed at northern venues and festivals.
Reviews: ‘Reading Pauline’s words is like having cataracts removed from our inner eyes so that we perceive happenings and emotions with greater clarity and vision. A delightful collection.’ Mary Sheepshanks, poet and novelist
‘She is the poet for people who do not read poetry.’ Poetry Salzburg Review
Find out more and buy from: Author’s website  l Amazon l Distributor’s website